Year of the Microcontroller 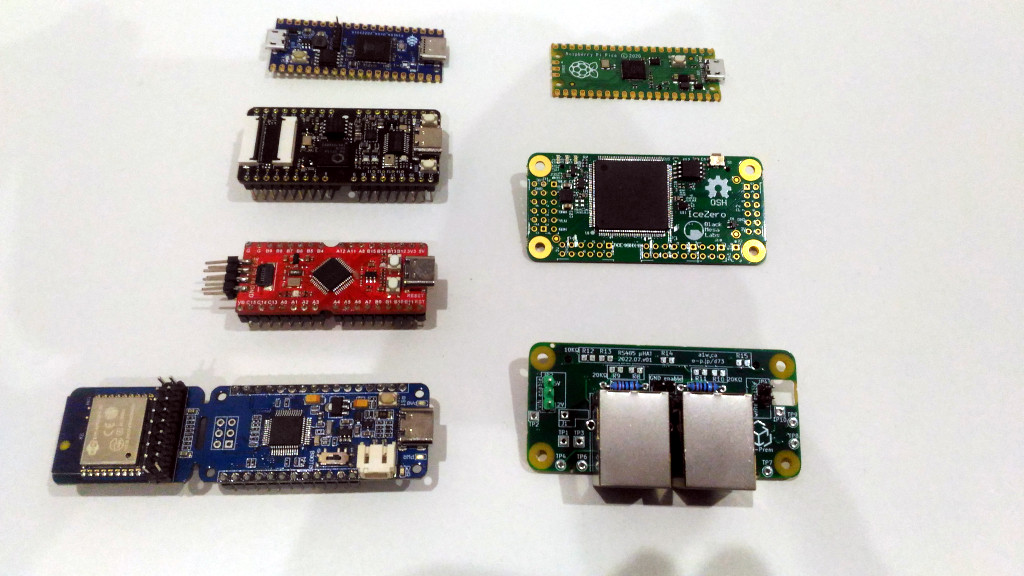 The future of computing with RISC-V, FPGAs, and Forth

As pointed out by many other people, software is regressing and getting absurdly bloated. Our computers have become exponentially faster and more powerful, yet our software is slower than ever. Just try using Slack in Firefox on a 64-bit ARM computer with 4GB RAM. Let me know in 5 minutes once you've finished loading the chat page.

Since we're talking about microcontrollers (MCUs), I won't discuss the use of "networking" as we typically know it, which involves RJ-45 connectors, cables, ethernet and a TCP/IP stack on both devices. The use case for that is typically to have two or more computers communicate either directly through a LAN cable, or through some networking equipment such as a hub or switch.

This post explains the usage of my first embedded Rust driver, the Microchip 23x SRAM driver.

I've decided to relaunch my blog with more of a technical focus. There is no JavaScript and very little CSS, so it should load fairly quickly. The HTML pages are generated using a custom static website generator I wrote in PicoLisp. I can open source it if anyone cares.

Year of the Linux Desktop