In the two decades between 1998 and 2018, the computing world underwent a few magical transformations.

The most interesting in regards to hardware, is its size and price has significantly decreased, while its power and capacity has increased by the same factor. Software, on the other hand, has matured in subtle ways not obvious to the common computer user. Open Source software developers around the world have worked hard to produce stable software that just works, and support for various hardware has broadened to the point of being extremely easy for just about anyone to get Linux running on their computer.

We don't need to be experts anymore.

So here we are, finally, in 2018, at a major intersection where hardware and software are equally accessible. In this post, I'll explain my path to the future of computing with a Linux desktop, while highlighting the companies, products, and community contributions which led us here.

Most phones are running a heavily modified version of Linux, called Android, or its much more open alternative, LineageOS (which I also use). Those devices, although powerful, are by design unsuitable as desktop computers. They lack ports for connectivity (ex: USB, Ethernet, HDMI, even Audio), and generally cost a small fortune.

Chromebooks, although designed as inexpensive laptops, are extremely slow and shipped with subpar components, with the expectation that you'll only run Google's Chrome OS, and trash the computer in a couple of years. Once again, unsuitable as a desktop computer.

While I can't give a bad review of Apple laptops, I believe their time as the perfect work computer has come to an end. For as long as I've used them, Apple laptops have held the top spot thanks to their design and usability, but they were paired with major disadvantages: 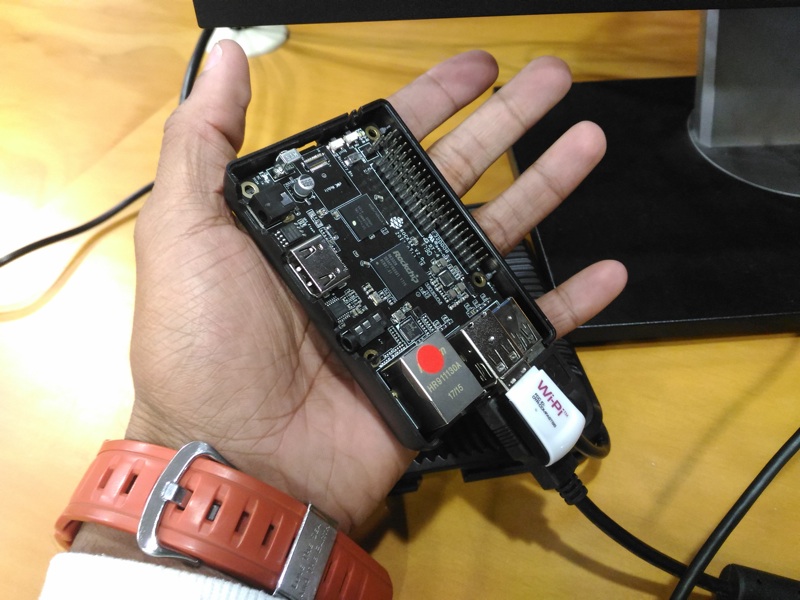 This is my new (1 month old) desktop computer. No, I don't have a giant hand, it literally fits in my palm, like most mobile phones, however there's an important difference between the two: this computer has five times the power, and only cost USD $45.